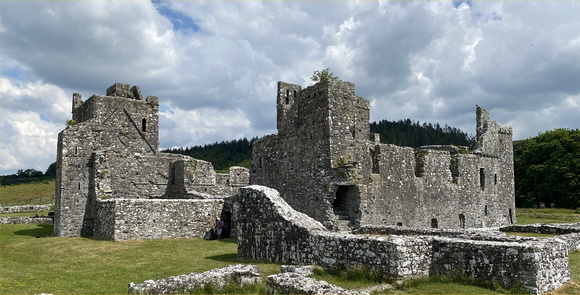 Fore Abbey, AD 630
Fore Abbey (Irish: Mainistir Fhobhair)
is the ruin of a Benedictine Abbey, situated to the north of Lough Lene in County Westmeath, near Fore village. The abbey was founded by Saint Feichin in 630 CE and functioned for over 900 years. By 665 CE (the time of the yellow plague), the abbey is believed to have housed up to 300 Benedictine monks from Normandy and 2000 students. Architectural additions and damage by fire have altered the site's appearance and layout over the centuries. Fore is the anglicised version of the Irish "Fobhar", meaning “water-springs”. The name is derived from St. Feichin’s spring or well which is next to the old church, a short distance from the ruined monastery. The site is referenced in the Annals of Inisfallen as "Repose of Fechtnach of Fobar
© Phil's Travels
Powered by ZENFOLIO User Agreement
Cancel
Continue